We are over two-months into our new Rosco Spectrum format – we are loving it and we hope that you are too! Butt, we feel like things might have gotten a little too serious around here. So, when Jeff Kleeman from Studio Sereno in Los Angeles sent us information about one of his recent projects – we jumped at the chance to get a little cheeky. 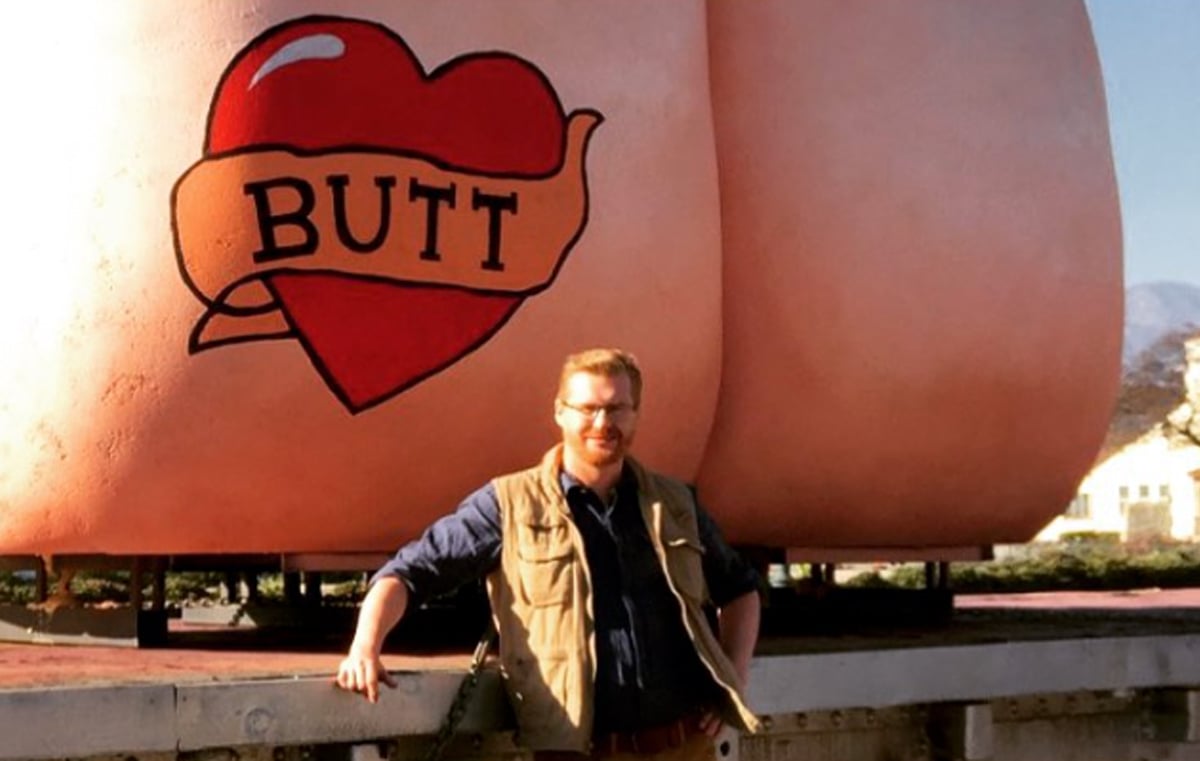 Comedian Kurt Braunohler decided that he would take a journey across America to shoot and promote a pilot for Comedy Central called “Better. Dumber. Faster. with Kurt Braunohler.” The show is all about “inserting absurdity into strangers’ lives to make this bleak world a little bit brighter.” What better way to accomplish that than to drive a gigantic butt across America. After all, it’s dumb, funny and the nationwide production/tour wrapped in just over a week – so it was definitely fast.

Just The Facts About The Butt 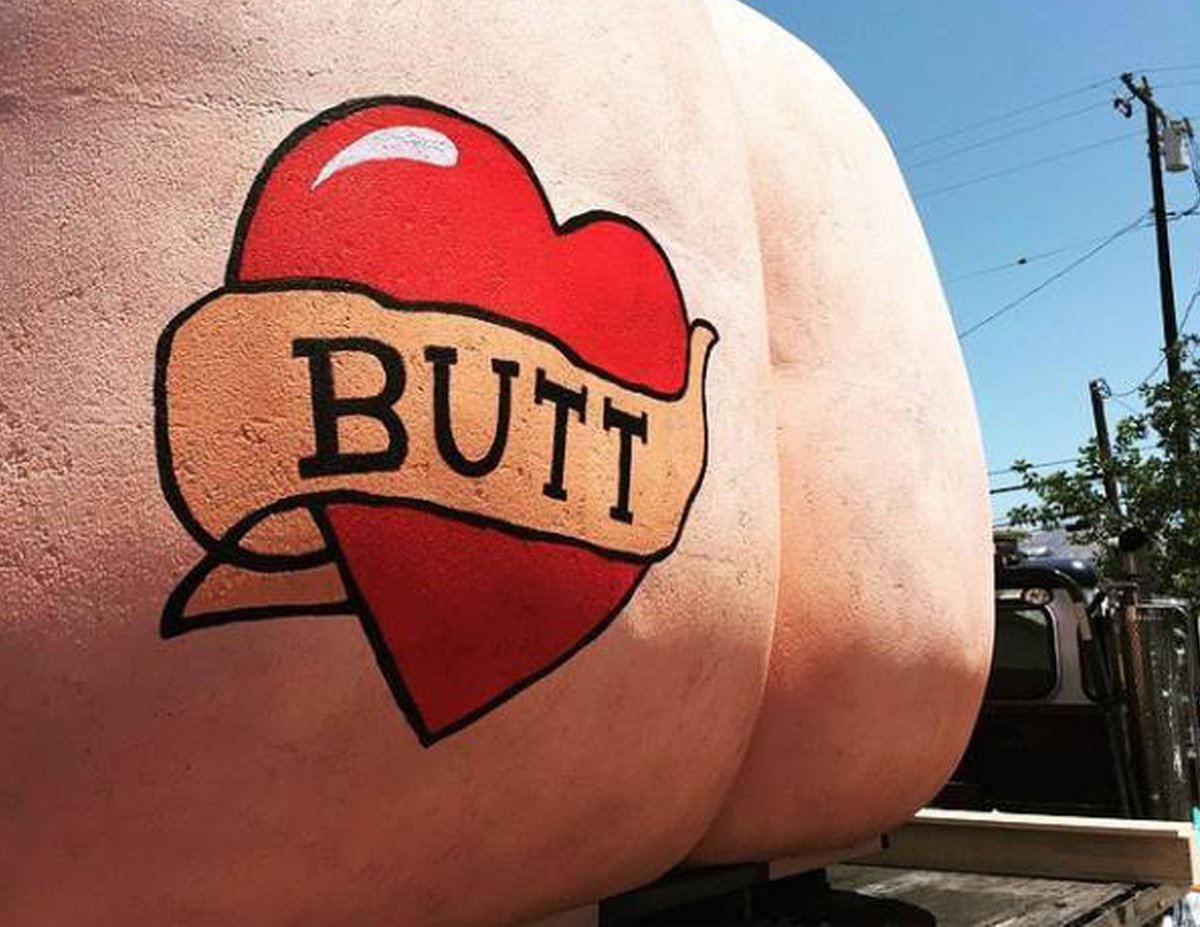 From Braunohler’s website: “It is a large butt. It is 14-feet tall, 15-feet long, 8-feet wide and weighs 1600 lbs. It’s actually a double butt. It’s got a butt on both sides. A front butt and a back butt. So, no matter what angle you see it from, you get all the butt.”

In order to get all that butt, which was carved out of foam, safely across the country – Jeff Kleeman covered his ass by protecting it with Rosco FlexCoat. He used a meager three gallons to get a single coat of Flexcoat on his double-derriere. “It went on quick and easy, painted well, and made it so the butt survived a cross country trip on the back of an open flatbed,” reported Kleeman.

They’re All About the Butt – ‘Bout That Butt – No Troubles

Needless to say, it all came out fine in the end. Braunohler and his team not only got the pilot filmed, butt their butt also got coverage in media outlets like NJ.com, The Denver Post, Uproxx, and The Huffington Post. The original plan of #TheLoveButt Tour was to drop the butt off in Kurt’s mom’s driveway in New Jersey. Butt, they found a better permanent home for it inside the IX Art Park in Charlottesville, VA.

#TheLoveButt team learned a lot during their trip across America, butt the #1 thing they learned is that Butts make people laugh. We’re hoping that this Spectrum post did just that – made you laugh – and reminded you that if FlexCoat is tough enough to cover Kurt Braunohler’s butt, then it’s tough enough for whatever foam project you’re carving.

Braq Cubes Light Up The House - From Below