There’s More Than One Way to Stage a CATS

Italy is not especially renowned for its productions of modern musicals. Its fame lies in having invented the form of musical theatre called “opera.” When Saverio Marconi, the acclaimed director of the Compagnia della Rancia, finally obtained the rights to CATS after six years of negotiations with Andrew Lloyd Webber’s Really Useful Group - he was determined to create a fresh, new touring production. 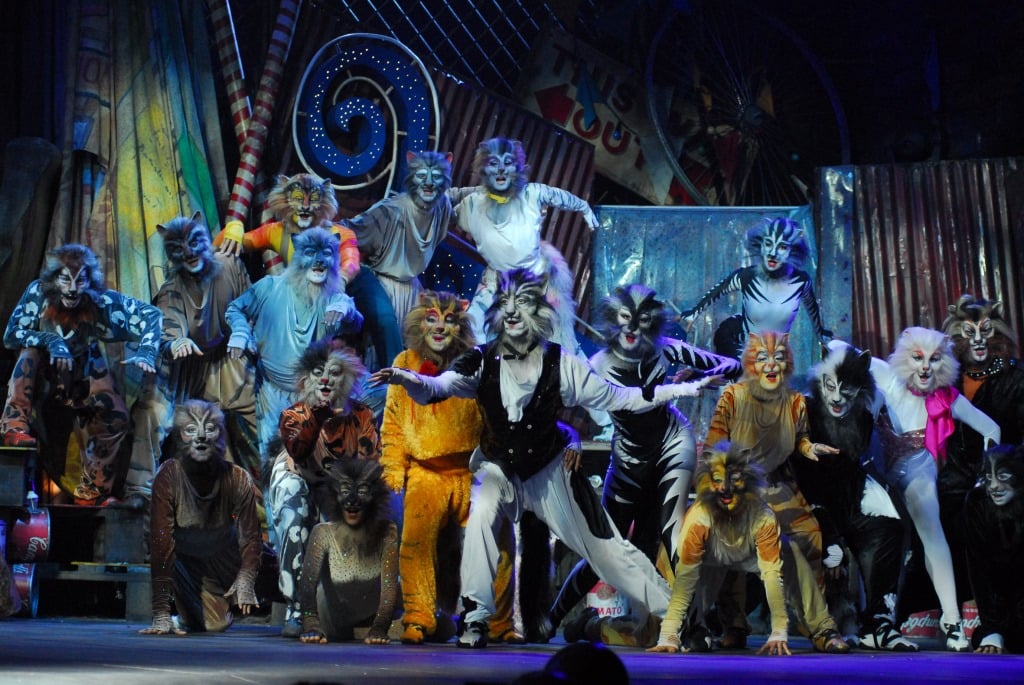 The most significant change was moving the setting from a garbage dump to an abandoned amusement park with a roller coaster visible in the background against the sky and props like a large tire for Mangojerry and Zampalesta to swing on, giant balls of yarn for Jenny to bat around, LED signs for playboy Rock Ram Tam Tagger and a huge shopping cart for the Shembo Express scene. 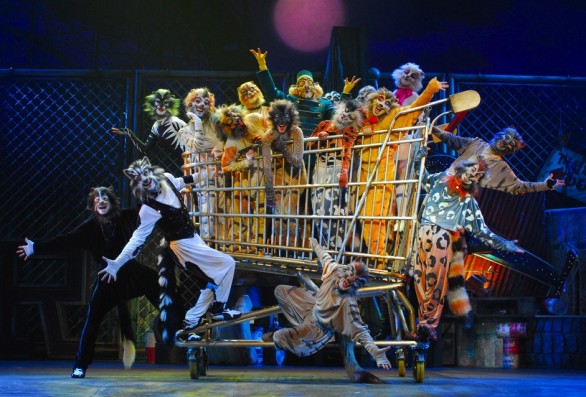 A huge shopping cart for the Shembo Express Scene in "CATS."

Lighting Designer Valerio Tiberi used T.S. Eliot’s text as his primary source looking for ways to develop the concept that cats and humans often resemble each other. He chose specific Rosco color filters to characterize the individual cats--colors that were used against the background of the ever appearing and vanishing moon.

The basic rig was a combination of moving lights, carefully selected for their color palettes, and conventional fixtures that included several ETC Source 4’s and ETC Revolutions with scrollers. Despite the fact that the rig was designed for touring, with only 2.5 days for mounting and focusing in every venue, CATS had a number of special lighting effects - starting with the extraordinary opening scene as the cats’ eyes appeared and disappeared thanks to masks fitted with small LED strips and a switch that the performers could turn on and off.

Side Lighting "The Naming of Cats."

In the first ensemble number “The Naming of Cats,” one of Tiberi’s goals with the lighting was to make all the cats visible and equal without characterizing them, a task that was left to the successive scenes. The light was deliberately kept off the deck and came mainly from the side positions so that the performers seemed suspended in their nocturnal space. The sky drop was lit with an approximation of R85 Deep Blue from the automated units and the stage with a combination of R74 Night Blue and E242 Fluorescent 4300K, the latter being a chameleon color which can be warm, neutral or cold depending on its intensity. The gobos, which sculpt the scenic space, are clearly visible on the performers, coffee cups and the fence. 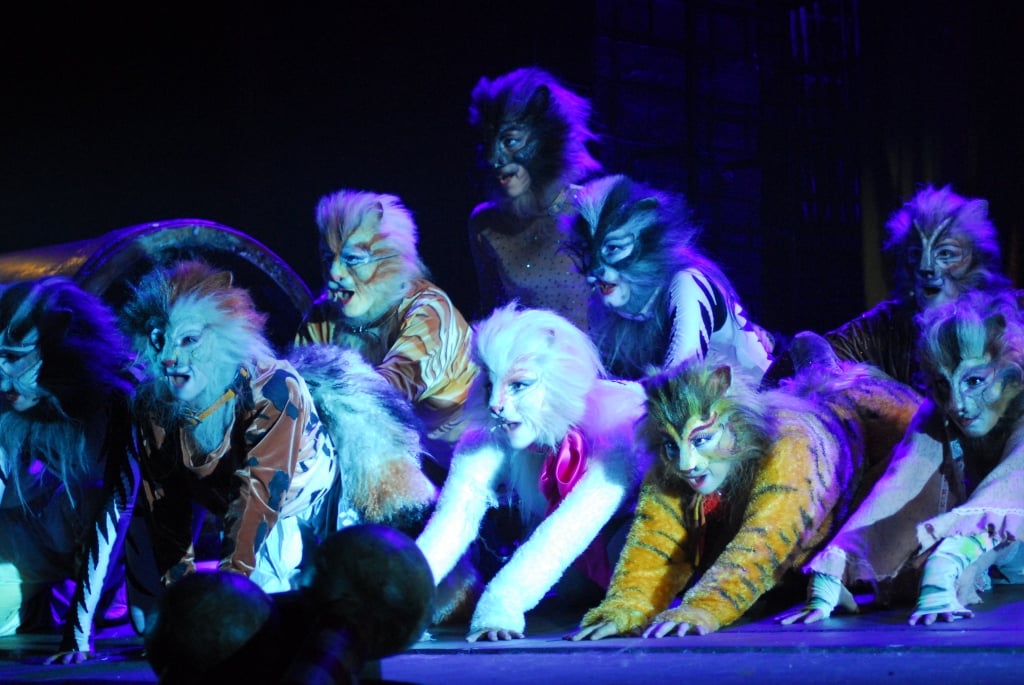 The magic of the Jellicle Ball.

Through his use of contrast between the deep blue of the background and the less saturated R68 Parry Sky Blue on the performers, Tiberi evoked the magic in the fable of the Jellicle Ball by creating an other-worldly, romantic atmosphere on stage. The R357 Royal Lavender and magenta toplight from the Mac 700's outlined the bodies of the crouching cats making them appear even more feline. 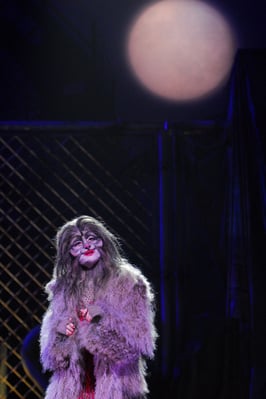 Memories... All alone in the (lavender) moonlight.

Grizabella has the most famous and affecting song in the show, “Memories.” Valerio Tiberi illuminated her using a followspot with E136 Pale Lavender for frontlight against a strong white backlight – this technique separated Grizabella from the fence, the cloud drop and the moon behind her. The fence was lit with the same chameleon E242 Fluorescent 4300K, which appears very warm this time against the dark blue drop and the lavender moon.  This technique creates layers of light which give depth to the stage but concentrate the focus on Grizabella. Valerio Tiberi considers lavender the color of nostalgia – making it the perfect choice for this iconic performance. 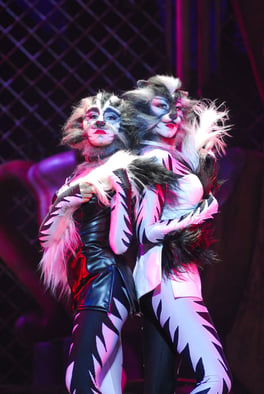 The two showgirl cats, Demeter and Bombalurina, are lit with hard-edged, narrow followspots gelled with R132, ¼ Hamburg Frost against a dark blue drop giving the effect of a Broadway musical or vaudeville act. Valerio Tiberi considers a followspot a great “narrative aide" and used them frequently to highlight the cats. The modeling light is red and magenta - hot, jazzy colors - while the gate is dark blue and magenta. There are highlights of E363 Special Medium Blue visible in the folds of the leather jacket and white costume. 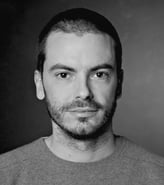 Valerio Tiberi is an Italian lighting designer with musical theatre credits at The Compagnia della Rancia, Maggio Musicale Fiorentina, as well as several touring productions including The Mission for the Sejong Theatre of Seoul directed by S. Genovese. His lighting designs for opera include credits at the Teatro Verdi di Sassari, the Teatro Massimo of Palermo and the Sferisterio Opera Festival. He is also an instructor in lighting at the Academy of La Scala and a regular collaborator at La Scala lighting operas and ballets.  Valerio would especially like to thank his friend and mentor, Marco Filibeck.
www.valeriotiberi.com

Avoid “Pink Shirt Syndrome!” Learn How To Make Convincing Bloody Costumes That Won’t Stain Everything Else

Let The World Know About The Scenery or Props You've Built