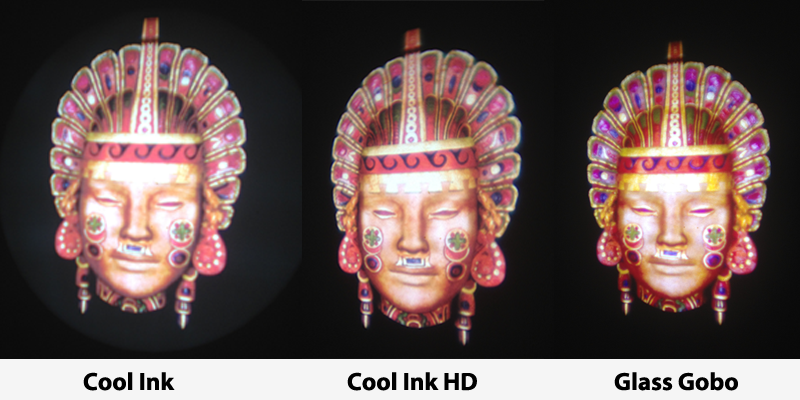 The buzz around the new cool running LED profiles such as ETC's Source 4 LED and Osram's Kreios fixtures is palpable and I anticipate that the interest level in this technology will only increase as more and more fixtures get installed in venues around the world. In light of this new technology, this post will showcase how plastic gobos have been used in theatrical productions utilizing plastic iPro Slides and introduce you to our new Cool Ink Gobos that were developed for use in most LED ellipsoidals.

Most of the new LED projectors produce little-to-no heat and open the door to using plastic gobo technology. Full color gobos, once only available in budget-blasting glass gobos, can now be obtained using full-color, ink-jet printing for a fraction of the price. But - did you know that there was already a way to use plastic gobos in existing ellipsoidals - like the 575w Source Four, Altman Shakespeare or Strand SL - which you probably already have hanging in your space? It's called the Rosco iPro!

The iPro presents a simple, affordable way to project full color imagery, especially when compared to media servers and LCD projectors - both of which are expensive and complicated to install & program. Productions have found that buying several iPros for multiple projections is less expensive and easier to install & control than projectors, monitors or media servers. Tammy Honesty, an Assistant Professor of Scenic Design at Saint Mary’s University of Minnesota-Winona and a USA 829 scenic designer, recently shared her story with us of how she used plastic iPro Slides in a recent production: 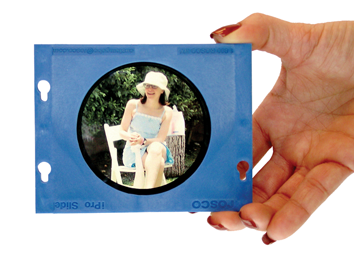 I recently used the Rosco iPro to create a multitude of projections for the Midwest premiere of "Managing Maxine" at the Human Race Theatre Company in Dayton, OH. The main challenge in designing the set for this show is that it is written to have nine different and very specific locations. In my set, I incorporated six projection screens that were used for image projection to create several of the various settings of the play, but with so many screens, it was cost prohibitive to use video projectors. 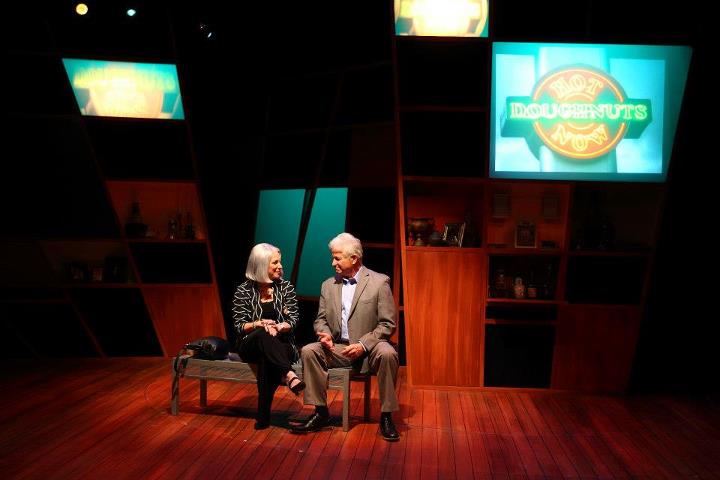 The locations ranged from the domiciles of three of the main characters, to retail outlets like Krispy Kreme and Whole Foods. In order to make the audience feel like they were at the storefront locations, we were able to print and project the companies' recognizable signs. 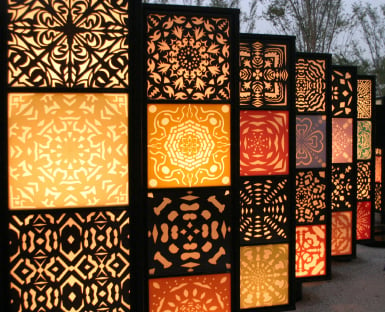 For each of the homes, the director and I wanted to find an image that captured the essence of the character. The director, Marya Spring Cordes, and I were drawn to a research image I had found of backlit Asian screens. We were able to print and project that exact imagery to establish one of the home interior settings. 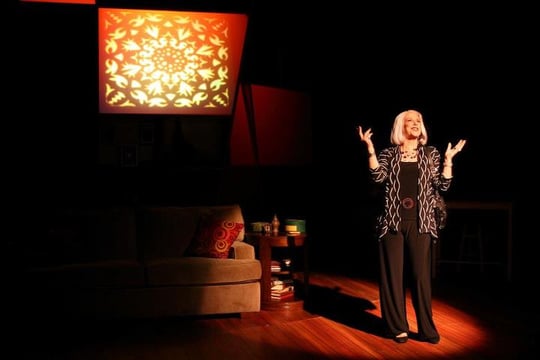 In the years to come, fixtures like ETC's LED Source Four will surely make their way into theaters and other performance venues, allowing lighting, projection and scenic designers to use them the same way Tammy did - to project full-color scenic elements onto projection screens built into their scenery. There is more to making a good projection than just printing an image onto a piece of transparency film. Factors like opacity, image resolution and color saturation become real factors and an image that looks great fresh off the inkjet printer - might not be acceptable once it's projected onto your projection surface. Over the course of the 10+ years of making iPro Slides, we have developed the techniques for making great plastic projections and we have taken those same iPro Slide printing techniques and applied them to Rosco's NEW Cool Ink Gobos. 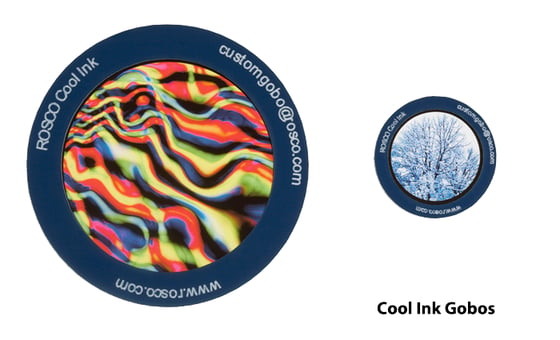 Utilizing the same unique, proprietary film and customized printer settings that we've been using in iPro Slide production for the past decade, Rosco's Cool Ink Gobos offer the same image quality and color saturation that designers have come to expect from Rosco. Rosco's Cool Ink Gobo is more than just a printed piece of plastic - each image is mounted into a rigid, plastic ring, which makes it feel and perform more like a gobo; meaning that a Cool Ink Gobo will install into existing gobo holders easily and the ring will also help keep the plastic image taut and more resistant to warping in the fixture. 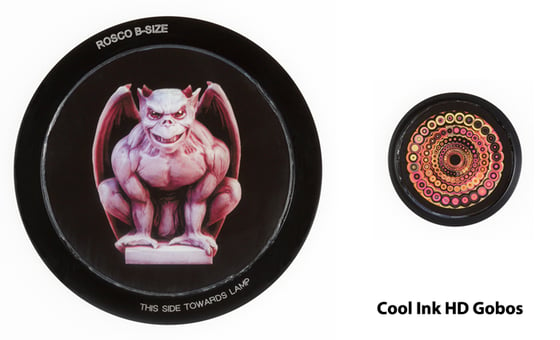 One of the limitations to iPro Slides and Cool Ink Gobos is that black ink, no matter how densely it's applied to the film, cannot yield a truly opaque black. The innovative team down at Rosco TX created Rosco's new Cool Ink HD Gobos that have a black mask for full opacity surrounding the image, which also makes the color saturation 'pop' and helps accentuate any shading or gradients your image might have. Cool Ink HD Gobos are also sandwiched between two pieces of glass and are mounted in an aluminum bezel, which protect the image from heat as well as dust and fingerprints. The Cool Ink HD process results in a product that looks and feels just like an expensive glass gobo, but for a fraction of the price. 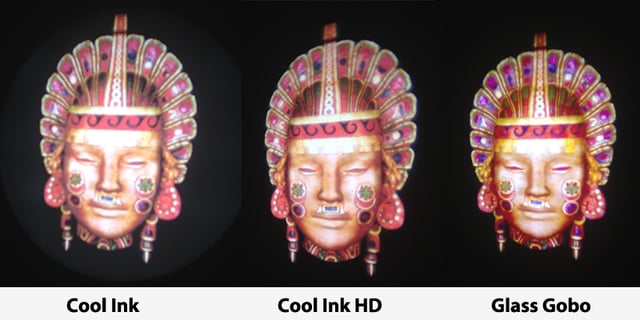 Comparison of the same image projected as a Cool Ink, Cool Ink HD and Glass Gobo

Just like LED fixtures - plastic gobos are a growing component in productions around the world, and will be a resource that lighting, scenic and projection designers turn to for years to come. Rosco continues to be the luminary force in the development of plastic gobo technology - leading first with iPro Slides and continuing with our new Cool Ink and Cool Ink HD gobos.