Using color to indicate the time of day is probably part of the curriculum in every undergraduate lighting class.  But taking the audience from dusk to dawn, without additional audible clues from the performers on stage, is a somewhat more complicated artistic challenge.  That’s why it’s instructive to see how lighting design masters do it.

The photos shown here are from the New York City Ballet Company’s production  of “Estancia”.  This magnificent Christopher Wheeldon ballet tells the story of a city man who comes to a South American ranch (estancia is the Spanish and Portuguese word for ranch, or large rural estate.)   At the ranch, the city guy is smitten and falls for a female ranch hand.  He woos her and they spend the night together.

The lighting design needs to communicate not only the growing mood of the lovers, but the very practical matter of the transition from day to night and back again.  The first scene here is about 10 minutes into the ballet and takes place as the day is ending. 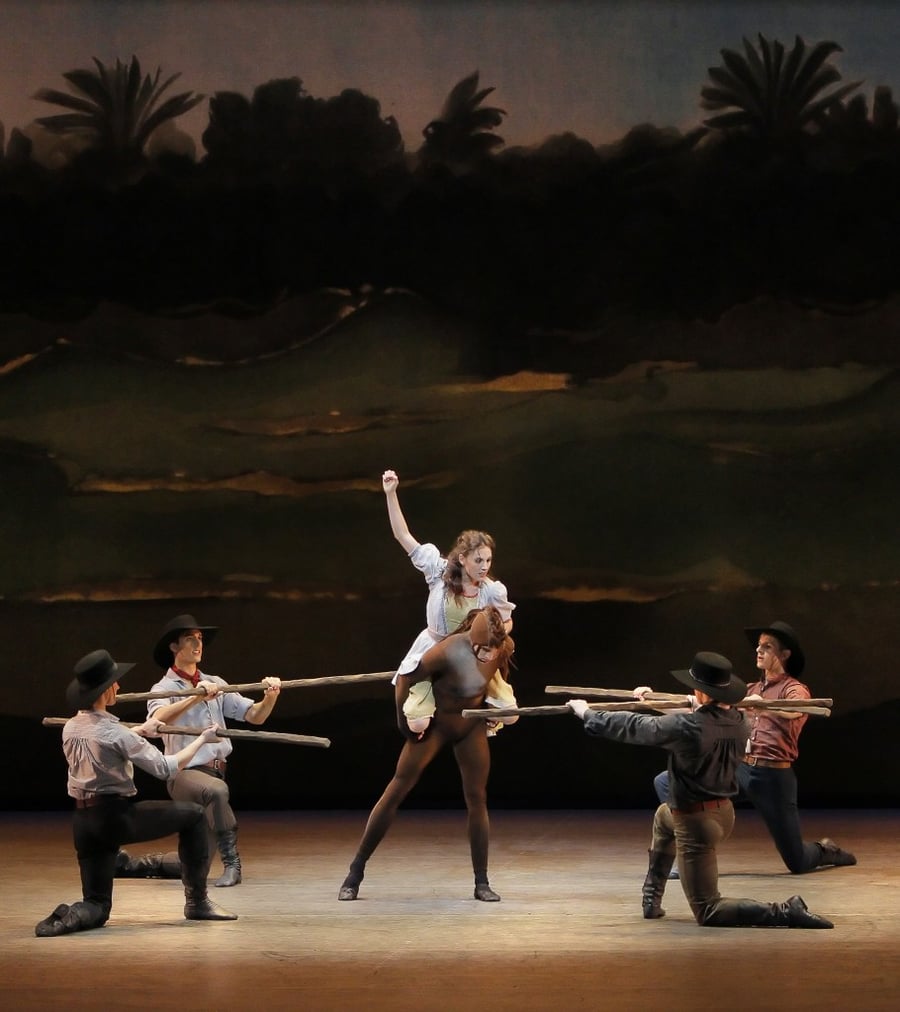 Day is ending at the ranch in the New York City Ballet production of “Estancia”. Notice the blend of colors above the tree line. Photo © Paul Kolnick.

The second scene below is about 15 minutes later in the ballet, as dawn arises.  In between the two scenes shown here, Mark Stanley, New York City Ballet’s resident lighting designer, created 14 lighting cues, using the available lights – and colors -- in his rig. 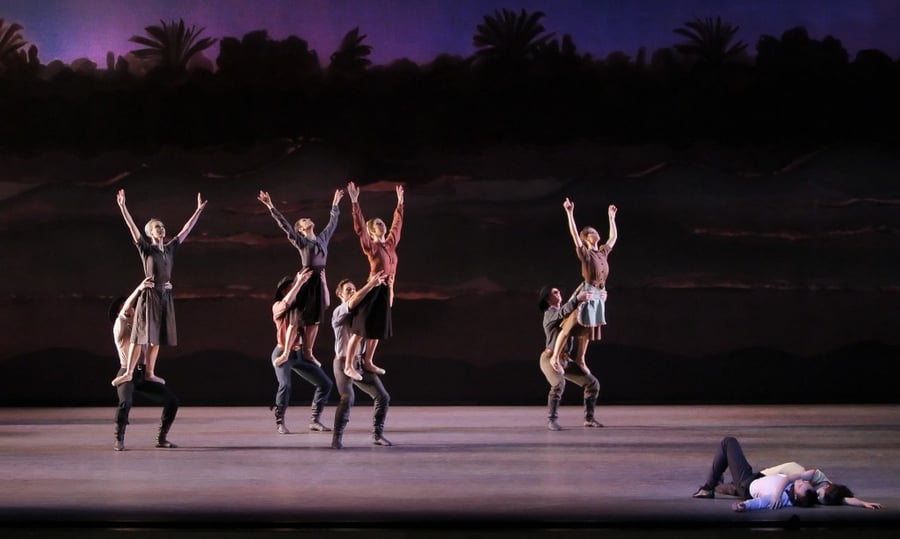 The translucent cyc colors gently break the dawn, even as the lovers, shown downstage left, have yet to awake. Photo © Paul Kolnick.

The drop is translucent and lit from behind using a mix of six colors from two ground rows.  The colors are R18, R80, L106, L119, L127 and NC.  The horizon line is lit specifically with a row of scoops, the inside is R361 and the outside L109.  Other sidelight and backlight colors were used to light the floor.

Thus, eight different colors, used at various intensities and for various durations, carried the ballet, and the audience, gracefully from dusk to dawn.

Click here for more on how other designers use color to simulate the time of day or night.

Following Up - Revisiting "Falling For Eve" from Stan Schwartz