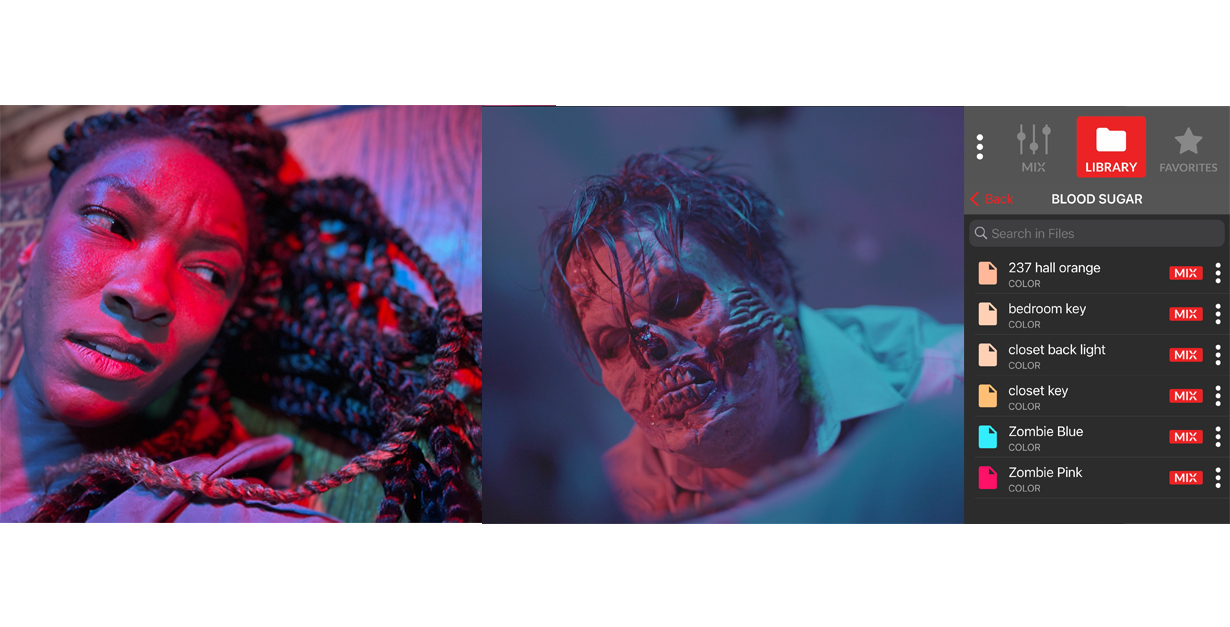 Creating A Horror Look On An Indie Budget With DMG Lights

Ashleigh Coffelt is an award-winning Filipina American director, cinematographer, and Rosco Ambassador. One morning, shortly after completing principal photography on the short horror film Blood Sugar, Ashleigh tweeted “shoutout to @Rosco_Labs for the DMG DASH & MINI MIX lights which were essential for creating the horror look on an indie budget.” The tweet piqued our interest, so we asked Ashleigh if she could describe the role that the DMG lights played in the film. Ashleigh explains her experience below.

we're so excited to start post for @SamWritesMovies film #BloodSugar! shoutout to @Rosco_Labs for the DMG DASH & MINI MAX lights which were essential for creating the horror look on an indie budget. pic.twitter.com/UwQJKfkoOa

It can be easy to get lost in low-budget horror films. From cinematography to performance to location, I've found one of the biggest challenges in film to be lighting. My passion lies in finding the right tools as a cinematographer to achieve the director's vision. With Rosco's MINI MIX & DMG DASH lights, my team was able to transform a house built in 1893 into the backdrop for the zombie apocalypse horror film, Blood Sugar. 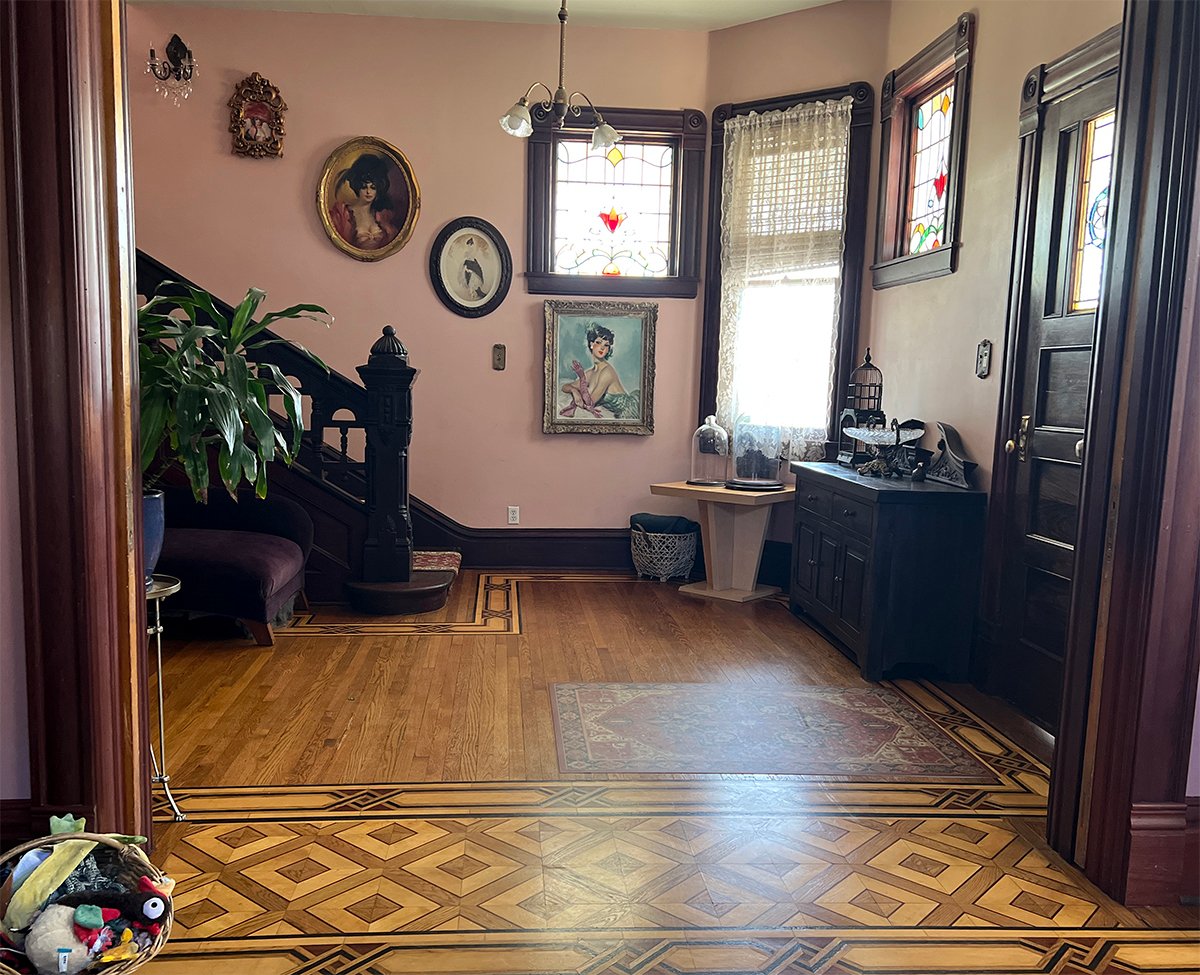 Our director, Sam Thompson, gave me a few references to work with, including Panic Room, Hereditary, and A Quiet Place. After watching and studying the aesthetics of all three films, we decided A Quiet Place provided the best references for the filming location. A beautiful Victorian house was perfectly curated to lend itself to the eerie and unsettling nature of a zombie apocalypse. 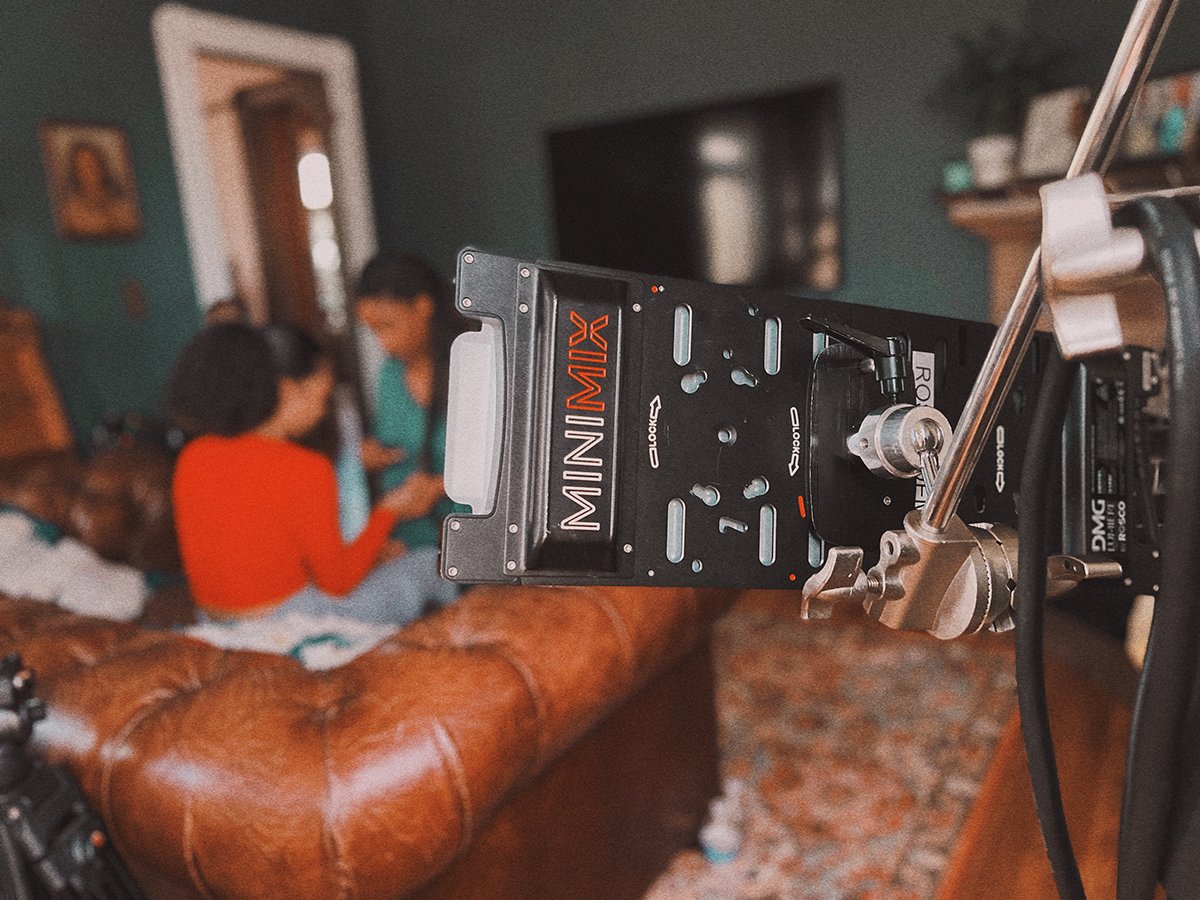 The filming schedule was rugged, with nine pages in 2 days. Our light kit included one DMG MINI MIX, one DMG DASH Pocket LED Kit, and one DMG DASH Quad Kit. We had a half day of pre-lighting to prepare for 53 unique setups, in 8 distinct parts of the house, before day one of filming. Our DMG DASH Quad kit is why we made our days. 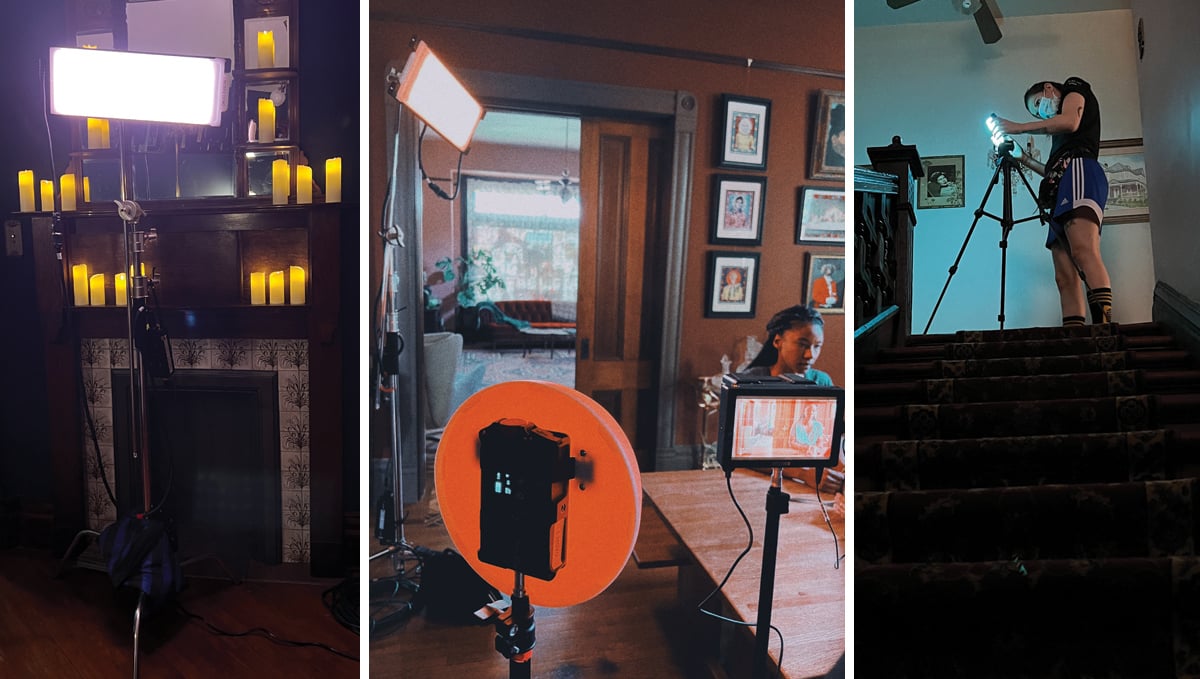 To prepare, we had each of the five DASH fixtures on separate stands that were ready to fly in and serve as fills and kickers. To be as efficient as possible. My AC & gaffer, fellow Rosco Ambassador Courtney Birk, pre-programmed all the color profiles through the myMIX® app. Even Union Gaffer Christopher McLean & Filmmaker Joey Kresl were blown away by the versatility and power of the MINI MIX & DMG DASHES. 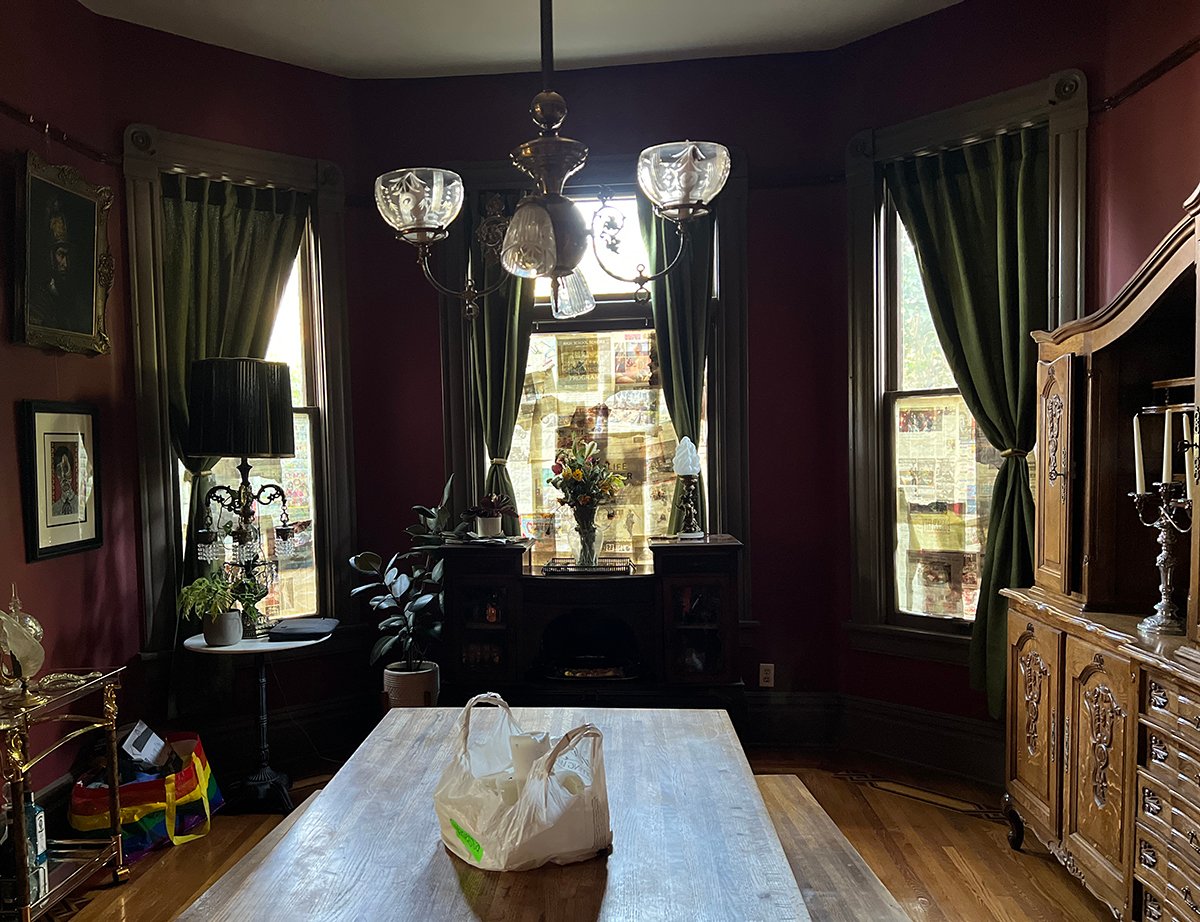 We added newspaper onto the windows to act as set dec, and to diffuse the natural light, during the day sequences. In the day-for-night sequences, we had to quickly and carefully black out the substantial bay windows with Rosco Cinefoil. 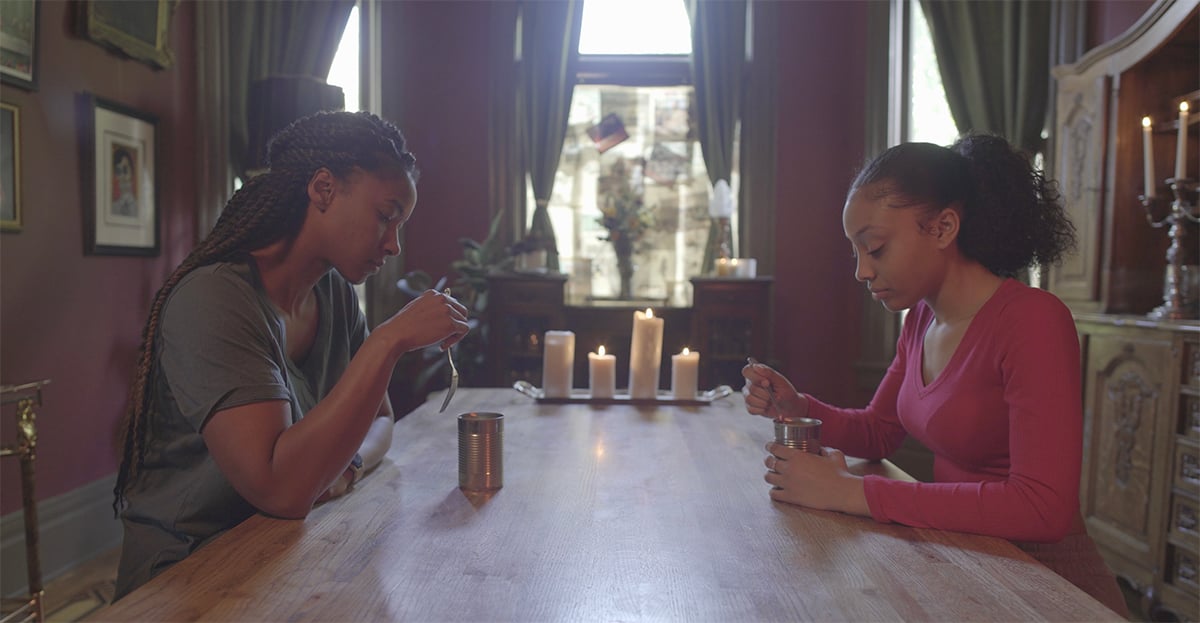 Our actresses, Daijah Peters and Nacia Walsh are eating dinner in this sequence. We utilized the space’s natural light as our main light with a DMG DASH and the MINI MIX set to Tungsten to create the warm, intimate feel Sam was anticipating. Utilizing the MINI MIX set to a Warm Fluorescent, we created another warmly lit, “calm before the storm” scene in the bedroom.

Our biggest sequence was the zombie fight. This scene was particularly challenging as the first part of this sequence transitioned from a handheld one-shot to action-packed chaos. In the scene, our beautiful lead actress, Nacia Walsh, is chased by a zombie, played by Actor Sean Benum, and they struggle on the floor. 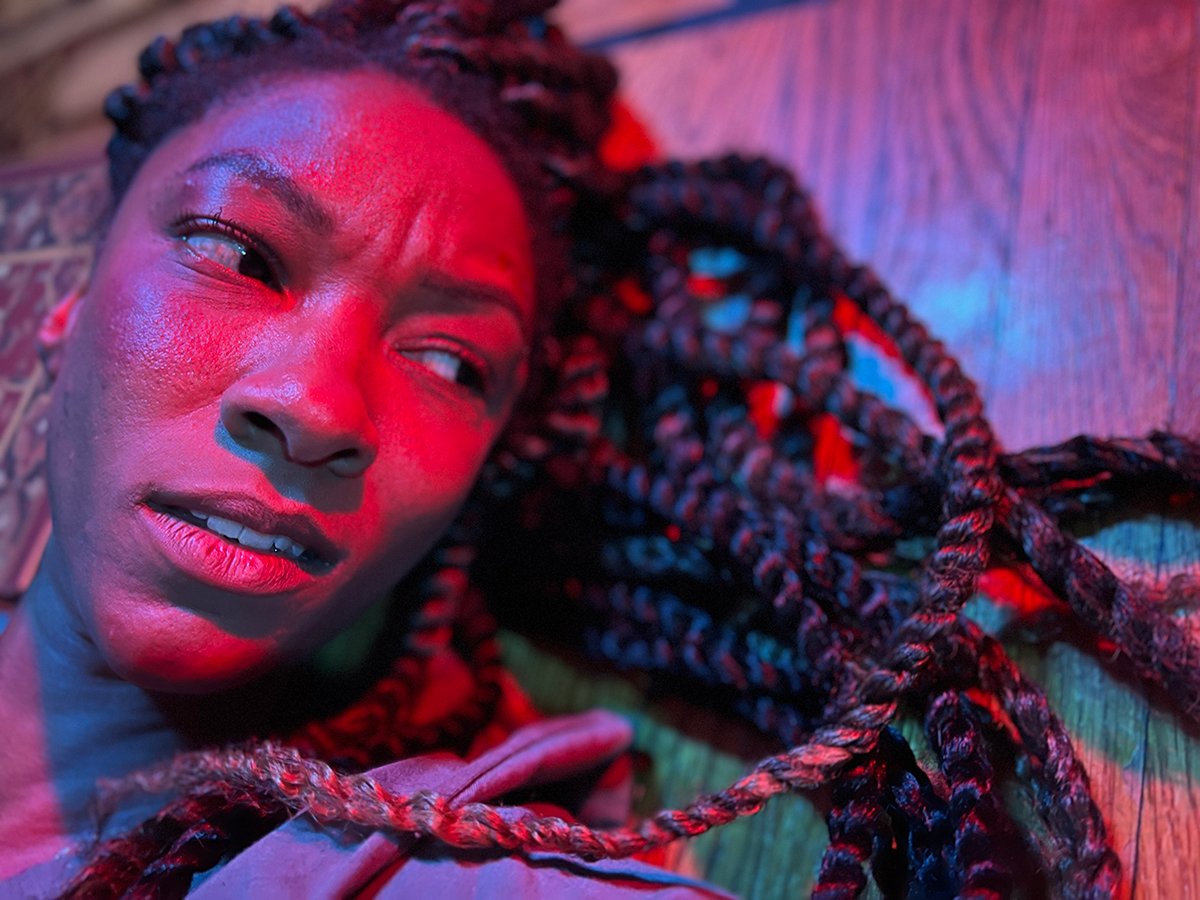 We had so much fun bringing Blood Sugar to life. Despite the tight filming schedule, the constant camera moves, and the challenges of filming on location – we found the exact look Sam was looking to achieve. I’m proud of my team, AC and Gaffer Courtney Birk, Union Gaffer Christopher McLean & Filmmaker Joey Kresl who collaborated with me to make Sam Thompson’s vision a reality. So thankful to Rosco for making lights that can handle the most intense film shoots! 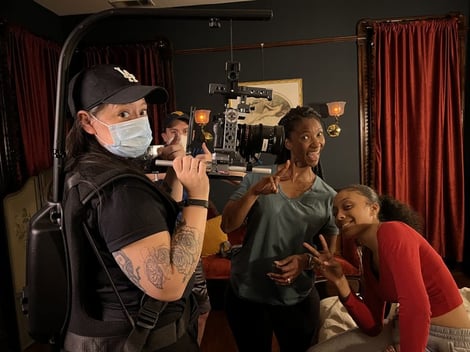 If you’d like more information about the lights that were used to create the horror look on Blood Sugar, visit the Rosco website to learn more about their DMG range of lights. 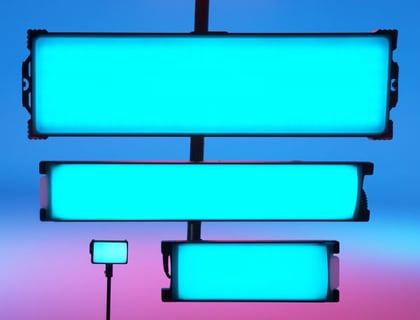 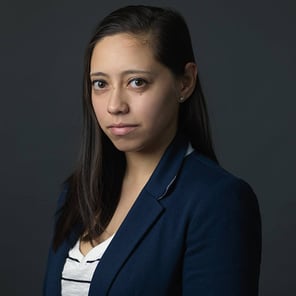 As the child of a first-generation Filipina immigrant, Ashleigh Coffelt has gone on to be a Sundance Screenwriter’s Lab Semi-Finalist, as well as having been awarded numerous awards, including Best Director at Festival de Cannes with the Creative Mind Group, Baltimore Filmmaker of the Year, and winner of the Grand Jury Award at the Adrenaline Film Festival.

She is currently developing a feature film tackling mental illness portrayals and a Choose Your Own Adventure episodic series for the streaming platform, Twitch. If you’d like to stay up-to-date on what Ashleigh is up to, you can visit her website: ashleighcoffelt.com, follow @ashleighcoffelt on Twitter or @ashtagswaggg on Instagram, or subscribe to @ca_in_la on Twitch.

Elevate Your Storytelling With Rosco SoftDrop®

Chinese Cinematographers Expand Their Vision With A Visit to Rosco

5 Ways To Use DMG DASH™ To Light A Short Film